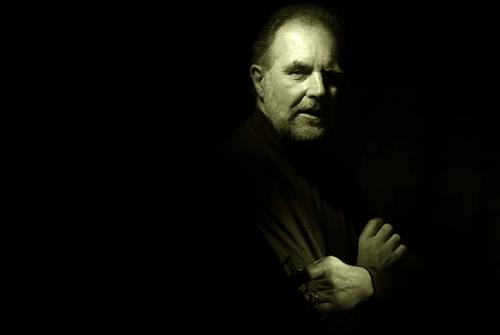 Born into a musical family - his grandfather (Rutland Boughton) was a composer, his father a professional viola player and his mother a singer. After studies, at New England Conservatory (Boston), Guildhall School of Music (London) and Prague Academy as a cellist, he entered the profession in London playing with the Royal Philharmonic, BBC and London Sinfonietta Orchestras.

The experience of playing in orchestras led to a passion to pursue a career in conducting studying with George Hurst and then Sir Colin Davis. In 1980 he formed the English String Orchestra initially focusing on early 20th Century English repertoire but developing it into late 20th and 21st Century Contemporary music commissioning over 20 works from composers such Peter Sculthorpe, John Joubert, Anthony Powers, Michael Berkeley, John Metcalf, Stephen Roberts and Adrian Williams. The depth of his partnership with the ESO was epitomised in 1985 when, as Artistic Director of the Malvern Festival, he collaborated with Sir Michael Tippett to present a musical celebration of the composer’s eightieth birthday which was the subject of a BBC “Omnibus” documentary.

With the ESO he built a significant discography of internationally acclaimed recordings with Nimbus Records - predominantly of English music, a number of which reached the Top Ten in the US Billboard charts.

In October 1993, William Boughton was awarded an Honorary Doctorate from Coventry University in recognition of his expertise in British music.  In November 1995, he and the ESO presented a weekend of music celebrating the 60th birthday of English composer Nicholas Maw, marking another milestone in his championship of contemporary English music.  In 1996 William Boughton commenced a second term as Artistic Director of the Malvern Festival.

The 2005/6 Season was his final year with the ESO in which they celebrated the Orchestra’s 25th Anniversary performing a ‘Complete Beethoven Symphony Cycle’, and created a new series of pre-concert performances of British contemporary music, including works by Birtwistle, Knussen. Watkins, Woolrich, Holloway and Turnage.

In July 2007 he became the 10th Music Director of the New Haven Symphony Orchestra (NHSO), with whom he instituted a ‘Composer in Residence’ Scheme (Augusta Read Thomas, Christopher Theofanidis, Hannah Lash) and started a major Walton Project with concerts, lectures/talks and recordings on the Nimbus Label. With the NHSO he has received two ASCAP Awards (2011 & 2014) for Adventurous Programming and received critical acclaim for the Walton Project, with Gramophones Edward Greenfield nominating it for ‘Record of the Year’ (2010). In October 2014 two new recordings were released with the New Haven Symphony of William Walton and Augusta Read Thomas.

His commitment and dedication to the younger generation is epitomized through his teaching – creating a cello studio in one of the poorest areas of New Haven, building the NHSO’s Education Dept, working with the State and Regional Youth Orchestras and teaching at the Yale School of Music. In May 2016 he visited Central China University for Conducting Master-classes and conducted the Hubei Symphony. He regularly records for both Nimbus and Lyrita Labels and guest conducts in the USA.