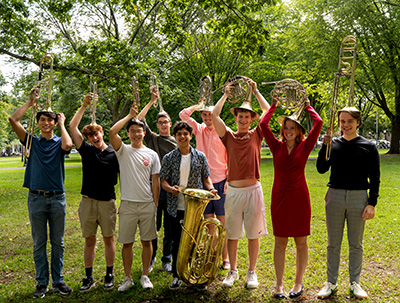 The Yale Symphony Orchestra (YSO) is an extracurricular club that rehearses twice weekly on Mondays and Wednesdays from 4:00pm-6:30pm and gives 6 concerts per academic year, both on and off Campus. Its concerts are live-streamed to a global audience of approximately 7,000 people and a live audience in Woolsey Hall.

Membership of the YSO is usually around 80-90 who are a mix of the serious and hobbyist players, but all are committed to developing the quality and experience of the ensemble during their years in the Orchestra.

Foreign touring is biennial and has included tours to Russia, UK, Turkey and Austria and takes place immediately after Graduation Ceremonies in May. 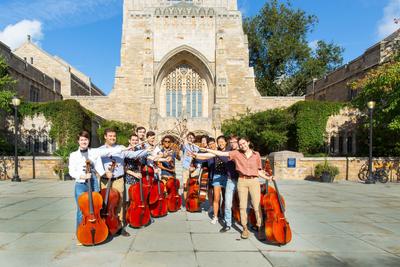 The YSO’s programming policy is a combination of - the Western Canon (Bach – Mahler), American Heritage (Beach  to Carter) and American Contemporary Music with invitations to living composers to visit the Campus and work with the Orchestra. The YSO has a proud history of presenting many premiers and commissioning new music.    As part of our commitment to Contemporary American music the YSO will be making an annual recording of music presented in its concerts.

One of the highlights of the Orchestra’s year, and a Yale tradition, is the Halloween Concert held at midnight on October 31st each year to a packed Woolsey Hall audience of 2,500 people. The music and accompanying film is chosen and created by YSO Players. Our annual off-campus retreat sees the players bonding with new membership.